There are strange and mysterious sounds
when the winds of winter blow.
The long nights are crystal clear and cold,
and the fields and meadows are covered with snow.
The stars are frosty against the sky
and the wind’s whistle is shrill
as the snow blows against the house
and drifts against the hill.
Yet, I like to see during the winter
a white carpet on the ground
To plod aimlessly in the deep snow,
where deer tracks abound.
I like to feel the stillness
Of a crisp winter’s night,
watching a full moon rise over the horizon,
exposing a winter wonderland beautiful and bright.

Swank Events December round with it’s theme Winter Wonderland is one of my most favourite themes of the year.
This amazin winter fantasy gazebo by Swank & Co you can get exclusive at Swan kEvent this month. It is such an amazing addition for your winter landscape set-up because with it’s included feature of lights this gazebo creates different moods !
I played around with them and mixed and matched and took photos of the different moods for you 🙂 (Don’t forget to activate Advanced Lighting model to see the lights). The first photo is without lights, so you can see how it looks and fits into your set-up. The other photos are all  with the lights on and in any combonation 🙂

On the four sides of the gazebo click on the blue crystals (looks like a blue ball inside a wreath of balls) to activae the light affects.
Colours : Blue, Purple, Green, Red
You can click each one to turn them on and off in any combination of light colors you want to generate 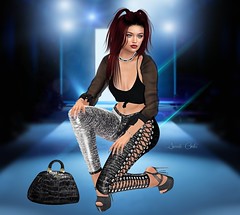 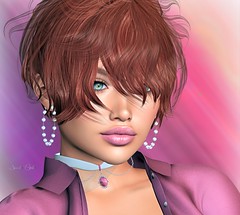