Inspiration SL opened it’s new round and transformed the event a bit to give the customers a better chance to get the beautiful  items designers created for it.
It will be open nearly 3 months before the next round starts and as always you will find a specific theme of a celebrity.

Well this round is not a celebrity you may expected but she is one – the first cartoon star of the world 🙂 and for her time very sexy, created by Max Fleischer.
She originally appeared in the Talkartoon and Betty Boop film series, which were produced by Fleischer Studios and released by Paramount Pictures.
Betty was created as the love interest for one of Fleischer’s popular animated characters, Bimbo, a dog, who was the star of his own Talkartoon series.
Betty’s first film appearance in “Dizzy Dishes” in 1930  was brief, and appropriately… she looked a little bit like a dog! She was unnamed, had jowls, big teeth, and dog ears.
Still, anyone would recognize the Betty we know today.
Betty Boop is regarded as one of the first and most famous sex symbols on the animated screen, she is a symbol of the Depression era, and a reminder of the more carefree days of Jazz Age flappers.

She was unique among female cartoon characters because she represented a sexual woman. Other female cartoon characters of the same period, such as Minnie Mouse, displayed their underwear or bloomers regularly, in the style of childish or comical characters, not a fully defined woman’s form. Many other female cartoons were merely clones of their male co-stars, with alterations in costume, the addition of eyelashes, and a female voice. Betty Boop wore short dresses, high heels, a garter, and her breasts were highlighted with a low, contoured bodice that showed cleavage. In her cartoons, male characters frequently try to sneak peeks at her while she is changing or simply going about her business.

And you still find her today on merchandising articles and rumors about other productions….so here is my modern Inspiration to a Betty Boop 😉 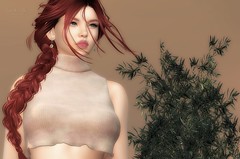 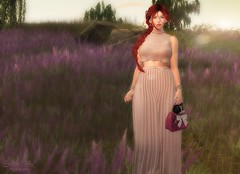